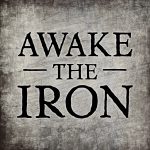 In 1970, Yuri Bezmenov, a 31-year-old KGB officer specializing in propaganda, defected to Canada. Bezmenov (also known as Tomas Schuman) was sickened by the oppressive nature and toll of communist totalitarianism, and wanted to devote his life to educating Western nations, America in particular, on what he and the KGB had been doing to us, to undermine and ultimately destroy our societies.

In 1984 Bezmenov published a small book, Love Letter to America, in which he explained in great detail how the Communists running the USSR were working to destroy America—not using physical weapons, but through what he described as “cultural subversion.”

Due to a multitude of memes and short clips on social networks, Bezemonov is becoming more famous than ever. I discuss the cultural significance of Bezmenov with my guest Cason Pratt.

Enter your email to get notified of new episodes